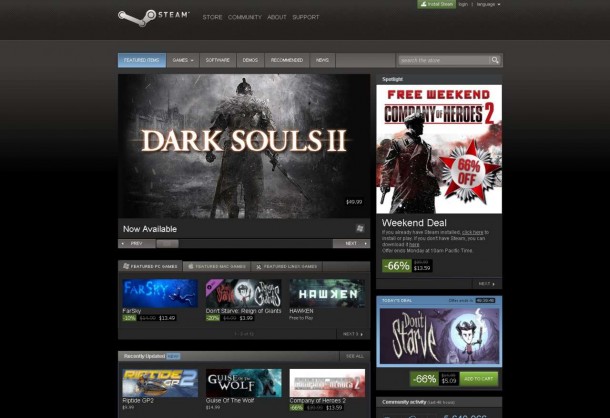 Half-Life and Portal studio Valve played a major role in bringing PC gaming out of the "dark ages," according to Brian Fargo, who is known for his work on the Fallout series and is now head of Wasteland 2 developer inXile Entertainment

"They're the saviors of the PC as far as I'm concerned," Fargo told Eurogamer in a new interview. "They've been great. You think about where we all were, kind of in the dark ages, when there was nothing. There was just flash."

Fargo praised the Steam platform for the way in which it breaks down traditional barriers through things like digital distribution, which allows developers to sell their games directly to consumers often without a publisher intermediary.

"[Valve has] opened up a way to get directly to the audience in a way that isn't politicized, or forces us to do exclusives or all the other things the console guys do." Fargo went on to say that the console guys (he likely means Microsoft, Nintendo, and Sony), "put all sorts of guns to our heads" as it relates to publishing agreements.

Of course, Valve has total control over its Steam marketplace and could implement new and potentially restrictive measures if it wanted to. But Fargo doesn't see this happening.

"Valve has all this power but they don't wield it. They let us all work in an open system," he said. "So for that I can't say enough good things about them."