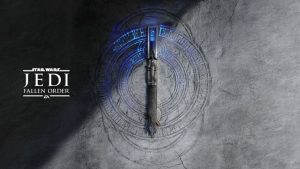 A day after the first teaser for Episode IX was debuted at Chicago’s Star Wars Celebration, Respawn Entertainment pulled back the curtain on ‘Jedi Fallen Order.’

There’s been a disturbance in the Force.

EA unveiled the first look at its upcoming Star Wars game, Jedi Fallen Order, at the Star Wars Celebration in Chicago on Saturday afternoon. Fallen Order is a single-player game following an original story set in the Star Wars universe.

Head of Respawn, Vince Zampella, kicked off the panel by noting, “Star Wars is part of my DNA.” He then noted that the game will be story-driven and will not feature multiplayer or microtransactions. “It’s about being a Jedi,” he told the crowd, to great applause.

The game’s story follows a young Padawan who survived Order 66, a secret missive from the Empire that led to the near total extermination of the Jedi. It will introduce a number of new planets and characters to the Star Wars universe.

A short trailer for the game showed off the new hero, Cal Kestis. “There are three rules to survive: don’t stand out, accept the past and trust no one,” he says. Stormy planets are shown along with large set pieces and Empire droids and Storm Troopers searching for Cal.

A dark-armored warrior, dubbed the Second Sister Inquisitor, was a focal point of the trailer, seemingly as a primary antagonist, and was also revealed to be a Force user. Another new character was BD-1, a droid who is “best friends” with Cal.

Cal is played by Gotham and Shameless star Cameron Monaghan, who joined the panel. “It’s no big deal, it’s only every kid’s dream ever to be a Jedi,” said Monaghan of the role.

“We always said we wanted someone with a young Clint Eastwood quality, and that’s what we got,” said game director Stig Asmussen of Monaghan.

“He’s ultimately a very good-hearted person, even though he’s been through so much tragedy,” Monaghan said of Cal.

The game will also introduce new enemies called Purge Troopers, specially-trained commando units who are first responders to “soften up the Jedi.”

Cal’s light saber, meanwhile, is shrouded in mystery. “Over the course of the game, it will grow and evolve,” said Asmussen.

The game has been hotly anticipated. During an earnings call in February, EA promised Fallen Order would launch this fall. It is being developed by Apex Legends and Titanfall studio Respawn Entertainment.

“I can tell you I’m super confident that we’re on to something,” Asmussen promised the crowd.

“It’s an action melee game. You play as a Jedi on the run with a light saber and Force powers. We made sure the combat is something easy to pick up … but it has a lot of depth,” said Asmussen. “You really have to size up your enemies, identify and exploit their weaknesses.”

While the first game met sales expectations, the second was a commercial failure and sparked significant fan backlash for its inclusion of “loot boxes,” optional purchasable in-game upgrades that fans said made the game incredibly difficult to succeed in without buying them.

Allow the first Midsommar trailer to lower your defenses