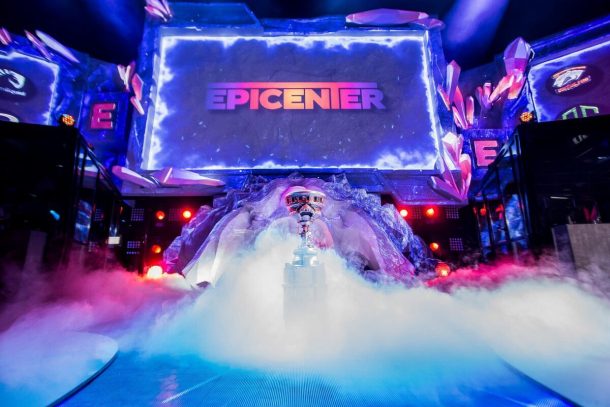 EPICENTER Moscow has been confirmed as the final Major of the Dota 2 DPC Circuit 2018-19, with the CSKA Arena, Moscow, holding the live finals between June 28-30th.

Credit: EPICENTERThe Stockholm Major is currently underway, culminating in a live finals next week – and just two DPC Major events remain. The first, as confirmed last week, will take place at Disneyland® Paris between May 4th-12th.

The event will be the fourth Dota 2 event that EPICENTER have hosted, dating back to 2016. The 2016 and 2017 tournaments were both won by Team Liquid, with last year’s Major won by PSG.LGD. The tournaments are often known for impressive stage setups.

With Valve’s flagship tournament, The International, taking place in Shanghai this year there is now no Major events in North America for the entire season. Europe will have played host to eight events, SEA one and China two including The International.

The announcement states that fans will have a perfectly unobstructed viewing angle from any side of the arena thanks to the 360°-view stage design. As per the Major guidelines, 16 teams will compete. 15 teams will qualify through open and closed qualifiers, with one making it through winning Starladder’s Kiev Minor.

The breakdown by region is as follows:

The closed qualifiers will take place between May 15-19th, before the group stages get underway on June 22-23rd. The bulk of the playoffs will be played from the 24th-27th in a studio format, with the event heading to a live audience for the 28-30th.

Esports Insider says: It was a badly kept secret that North America was going to miss out on any events this year in the Dota 2 calendar. It definitely seems an odd one from Valve to ignore such a popular region for an entire DPC circuit, but Russian fans won’t seem to mind. EPICENTER has historically thrown up some epic Dota and a lot of effort goes into stage design and production so we’re pretty excited to see what happens this time around.