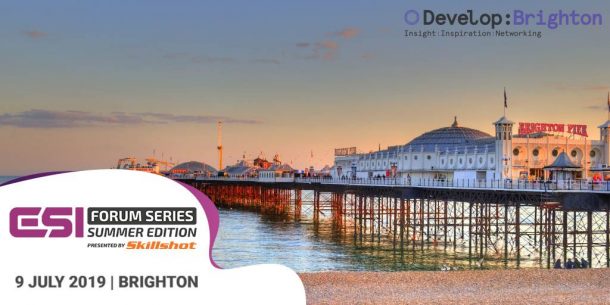 Skillshot Media, the esports production company owned by Hi-Rez Studios, is thrilled to announce its upcoming partnership with Esports Insider (ESI) and Develop Conference 2019 to host a new strand of conference activity to the established industry event.

As global leaders in esports media and business to business events and conferences, ESI will run a half day of esports industry focused networking including a handful of panels and keynote talks, with a host of industry stakeholders on the bill. This will run in parallel to the already packed Develop line up, and will  be held at Skillshot’s European HQ.

“The UK has a strong development scene with a thirst for knowledge about esports,” said Sam Cooke, Managing Director and Co-Founder of Esports Insider. “We are thrilled this conference track enables us to share some of the key learnings we have with the Develop audience and stimulate conversation around this exciting aspect of video games.”

“The esports scene is an incredibly vibrant area of the industry and one which Hi-Rez and Skillshot have been part of for many years. We’ve hosted thousands of competitors, paid out millions in prizing and served more than a billion esports views to date. It’s fantastic to be able to share our experience and knowledge and also create a platform for so many others to do so,” noted President of Skillshot Media and Hi-Rez Co-Founder, Todd Harris.

With a focus on both education and conversation, the esports sessions will include talks by leading esports developers and publishers, presentations by Skillshot on maximising opportunities and partnerships with esports, a panel specific to Esports communications and a more open style session, Esports Chamber 101, discussing attendees’ views on what needs to change in esports.

“Develop continues to be a place that stimulates ideas and conversation at the forefront of the video games industry,” said Andy Lane, Director at Tandem Events. “As Esports becomes an increasing area of opportunity for many attendees we have been expanding the conference to include esports as a key topic. We are pleased to be partnering with ESI and Skillshot Media to expand this further and share their expertise in the field with our growing number of conference attendees.”

The Develop conference takes place 9-11th July at the Hilton Metropole in Brighton, UK. The Skillshot ESI Esports Track and Summer Forum will take place 9th July from 2pm until 5.30pm at the Hi-Rez Studio offices followed by an Open Bar until 7.30pm, minutes from the main conference venue and will be open to all those registered for the develop conference.

Schedule for the day

Opening remarks from the Managing Director and Co-Founder of Esports Insider, Sam Cooke.

How and why Skillshot used video content marketing and esports infrastructure to help grow SMITE to over 30 million players with over $8m in prize money awarded to date.  Game developers and publishers should take away specific learnings to apply toward their own competitive multiplayer titles.

The esports PR landscape has grown and improved considerably over recent years, with organisations and brands recognising the importance of it. But how does it differ in esports compared to other industries?

Esports generally are born from a community’s drive to play a game competitively. Games built without esports in mind, however, face challenges implementing spectator tools and replay systems retrospectively – so should devs be looking for esports from the get-go?

With the rise of big money franchise leagues it’s easy to forget the importance of an open ecosystem and how it works so well across a multitude of titles. How can working with a third party TO benefit a game and help foster a healthy esports title?

A talk from Paul ‘Redeye’ Chaloner on Code Red Esports, followed by a Q&A with a true esports legend.

Note: Additional places may be available on the day but cannot be guaranteed.