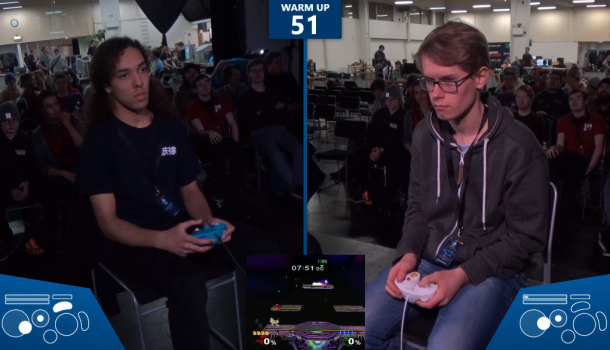 Over the past weekend, Super Smash Bros. Melee showcased some of the best international players that Europe has to offer. With Phoenix Blue held in Sweden, GeekyGoonSquad were the obvious choice to stream the event as the highest profile Smash streamers in Europe. Run by Liva and Chirou, the streamers implemented one of the most exciting mods of the game to date: Project Slippi.

Created by Jas ‘Fizzi’ Laferriere, a talented software engineer for smash.gg, the software was a huge hit for spectators of the event. High definition Melee has been a dream of competitors and spectators for years as the 18 year old game was never built for the new picture perfect graphics you see today. Not only this, but competitively, it’s only possible to play the game on an old CRT television as newer televisions and monitors cause the game to lag. This meaning that the best quality Melee competitors can get currently are based on how good the quality of televisions that were popular before flat screens. Project Slippi aims to change that and to see this project brought to light is a huge deal for the Melee community.

Project Slippi didn’t stop there, as extra features were also added. At Phoenix Blue specifically, we saw Ice Climbers mains JohnnyFights and Nintendork grace the top 8 stage. With Project Slippi data and Liva’s overlays, spectators got to see a collaboration which showcased the ability to show AI Nana’s invisible percent; which is impressive as it’s never been shown in game before. Nana becomes her own AI when separated from the lead Ice Climbers, Popo. Depending on the lead Ice Climber’s percent, Nana’s CPU level increases. It is easier to figure out her CPU level potential with the invisible percent on screen. Project Slippi doesn’t currently have any overlay tools but it’s a possibility in the future. Project Slippi only provides the data extraction, transmission, and mirroring portion of the technology at present.

Further collaborative features between GeekyGoonSquad and Project Slippi included frame accurate controller inputs that could attach to overlays. With collaborations like this, Project Slippi boasts the idea of boosting the quality of Melee content across all platforms. Furthermore, multiple figureheads of the community have been advertising its benefits meaning it’s sure to hit larger streams in the Melee scene in very little time. Project Slippi is also available for netplay for all regions so both NTSC and PAL competitors can enjoy the software.

Fizzi has started off strong in creating a feature connected to Dolphin; a GameCube/Wii emulator. The extension is called ‘Slippi Replay Launcher’. In this feature, you can record your matches online without the use of extra software like OBS or XSplit and have a playback; complete with character icons, date and time it was played, so it’s easy to find if a competitor has a long list of matches they’d like to review.

More impressively, this launcher has a feature in which you can find statistics for your matches for both characters. Project Slippi logs kills, damage done, stages, match durations, kill moves and has a whole sub section dedicated to openings and conversions. This same statistic feature has been used and praised at large events such as Smash Rivalries and Melee Summit.

In addition, Project Slippi is far from stopping at these already impressive mods. Fizzi intends to add more and more features and is taking suggestions.

Fizzi isn’t alone in working in this project, as he has credited UnclePunch, DanSalvato, Milktea, Achilles1515, metaconstruct and hannesmann  for their support, both technically and personally. There’s also a whole Discord of excited Melee community members showing support and offering help in any way possible. With such a support and an outcry of love towards this software, Project Slippi is set to be a fantastic addition to Smash content in the coming months. 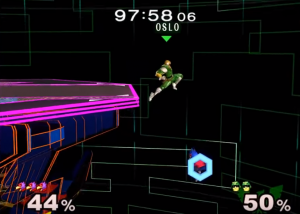 Ultimately, I think this will be a huge step in revolutionising Melee’s viewing potential. With so many features set to be available for analysis, archiving and general game quality, there’s few reasons that this couldn’t usher in the next big chapter in Melee spectatorship.

Ask Dr. NerdLove: I’m In Love With My Youth Pastor