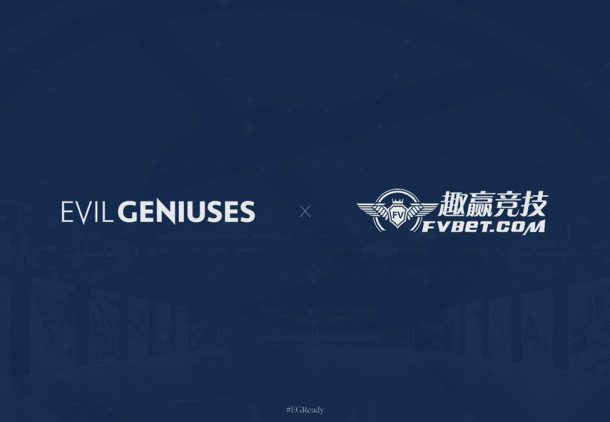 The two-year deal marks Evil Geniuses’ commitment to engage and expand its audience in Asia.

Nicole LaPointe Jameson, CEO of Evil Geniuses discussed the partnership in a statement: “Evil Geniuses has always been a global organization, and we are thrilled to have found a company that shares our desire to foster community through esports. FVBET has the ability to allow us to connect with our international fans in a capacity that was previously unavailable, and the opportunities this partnership creates are something we are looking forward to exploring.”

This is the first partnership to be announced by the organisation under its new ownership. In May, it was revealed that it had been acquired by Chicago-based investment firm PEAK6 Investments and, subsequently, LaPointe Jameson had assumed the role of CEO.

Neo, CEO of FVBET also commented on the deal: “We are very pleased to announce our strategic partnership with one of the world’s best esports clubs, Evil Geniuses! Both of us are passionate about providing entertainment not only for the esports industry, but for the entire world. Through this cooperation, we are sponsoring the spirit of never giving up; we are sponsoring dreams!”

Esports Insider says: We’re starting to see a trend in North America when it comes to organisations looking beyond their home region to further grow their audience and fan base. It makes sense considering both the appetite for esports in Asia and the sheer accessibility of the sport, we’re interested to see exactly what Evil Geniuses and FVBET come up with together.