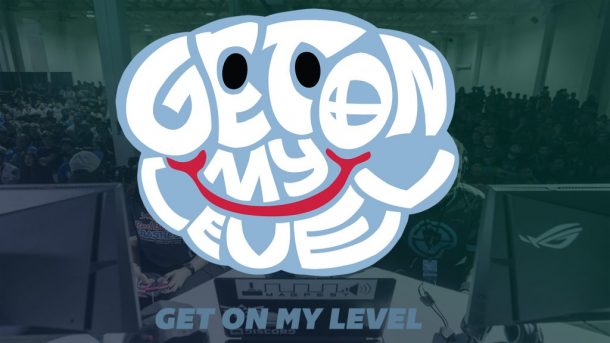 Billed as Canada’s premier fighting event, Get On My Level is back for its sixth annual tournament.

Taking place over May 17th-19th in Toronto at the Better Living Center, GOML 2019 is set to be the biggest yet in the series, featuring seven games across ten events in the first 24/7 GOML event. With the total prize pool for the event standing at $20,000 (£15,302) across all seven games and with over 2,000 attendees watching, there will be plenty of tense moments for the players.

GOML began life as a student led-initiative to bring large-scale events to Canada. Now, it is one of the most recognisable Super Smash Bros. events in the world and a staple of the Canadian community. Across the Smash Masters League, GOML has the highest prize-pool, almost three times higher than many other majors.

One of the driving forces behind the event has been Even Matchup Gaming, who look after the organisation, media production and player sponsorship.

Speaking about GOML 2019, Joseph Cribari, Director of Esports at Even Matchup Gaming said: “What separates GOML is that it is the one event where all of Canada’s gaming communities come together under one roof to take on the World’s best.

“The energy and excitement the local crowd brings to the event and the support the Canadian players receive in the competition has always stood out to me compared to other tournaments.”

Though GOML has to date focused heavily on Smash, this year it will for the first time it’ll feature the likes of Tekken 7, Dragon Ball FighterZ and Street Fighter V: Arcade Edition.

“We’ve followed and supported the FGC locally and as we continue to grow GOML we believe it to be a natural progression to add more fighting games alongside our Smash events.

“This year we had the opportunity to partner with our friends over at WorldGaming to bring the FGC into the fold through their Northern Fights series,” said Cribari.

Two of the faces who will be competing at the event will be multiple time Melee & Brawl World Champion, Jason ‘Mew2King‘ Zimmerman and Smash Ultimate Pro Player and streamer Leonardo ‘MkLeo‘ Perez both from Echo Fox. At the 2018 event, Mew2King came away with the doubles prize in Super Smash Bros. Melee with Plup.

In the solo competition, HungryBox took the prize for Team Liquid, teaching everyone the power of Jigglypuff back in Melee meta. In fact, last year saw more than 449 players involved in the singles and 198 players in the doubles competition.

We’re excited to announce our partnership with @ZOWIEbyBenQUSA as the official monitor of #GOML2019!

Confirmed sponsors of the event so far include the likes of BenQ, energy drinks giants Red Bull, and Nintendo, all proud partners of GOML 2019.

Get On My Level is operated by Even Matchup Gaming, a New Wave Holdings company.

Esports Insider says: We’re excited to see how the new games fit into the GOML event this year. With major sponsors on-board such as Red Bull and Nintendo, there is no doubt that the organisers are doing something right as they continue to produce amongst the biggest FGC events in Canada.

For more information on how to compete, how to attend, and where to watch the GOML 2019 livestream, please visit HERE. Follow GOML on Twitter, like them on Facebook and tune into the action as it unfolds live on May 17 – 19th.

LEC adds Sanquin and GoDaddy as partners for the Spring Finals

Top Smash Bros. Commentator Is No Longer Accepting Feedback On Her Speaking Voice