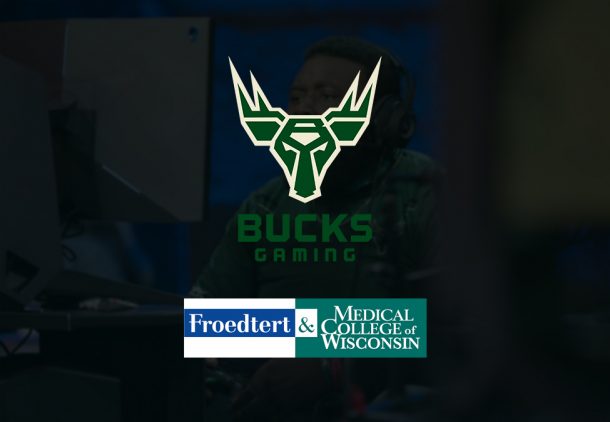 Bucks Gaming, the NBA 2K League team of the Milwaukee Bucks, has partnered with Froedtert & the Medical College of Wisconsin.

Acting as the team’s official health care partner, the health network will welcome visits from Bucks Gaming’s players to interact with its patients.

Milwaukee Bucks renewed its partnership with Froedtert & the Medical College of Wisconsin for a third year earlier in 2019. This deal makes it the first partner of the team to expand its sponsorship to also cover its affiliated NBA 2K side.

Colin Hayes, Co-Managing Director of Bucks Gaming discussed the partnership: “We’re thrilled to extend the organization’s partnership with Froedtert & MCW to Bucks Gaming. We’ve placed an enormous emphasis on health and wellness for our players this season and believe that a healthy lifestyle is paramount to achieving peak performance for our team on and off the court.”

The NBA 2K team joined the league for its inaugural season in 2018, and is currently competing in its second season. Bucks Gaming is also partnered with Alienware, Kohler, and gaming chair brand Raynor Gaming.

Chris Sadler, Director of Marketing — Advertising and Digital Communications at Froedtert Health also commented on the deal: “We are excited to be a part of Bucks Gaming, and we see this partnership as another way to connect with a younger generation within our community and stress the importance of good health to NBA 2K League fans. This expanded partnership with the Bucks continues to reflect the conviction of both organizations that it is our role and responsibility to lead the way toward a strong and healthy future for our city and all involved in the NBA 2K League.”

Esports Insider says: It’s a good sign that a sponsor off the NBA team has decided to get involved with its esports-affiliated team too. While details are quite scarce surrounding the partnership it seems like a good-willed deal, though we question just how much impact Bucks’ players have with the general public at this stage of the league.