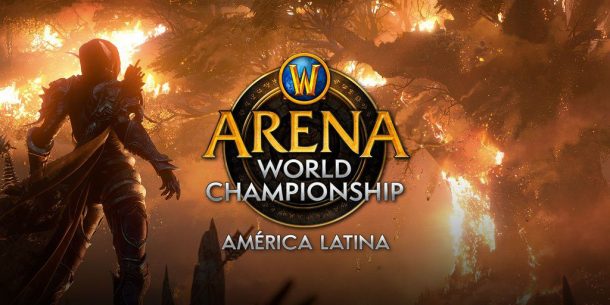 Blizzard has announced that Latin America will be joining the Arena World Championship (AWC) circuit with its own round of cups starting May 16th.

The effort will be run in partnership with PVPLab. Each cup will also have $2,500 (£1,900) in prize pool and 528 AWC points split between the eight teams.

Latin America will join North America and Europe plus the recently announced Korean and Australia/New Zealand regions. Korea is due to start its first week of cups this weekend alongside the NA/EU Spring Grand Finals, which featured in our ‘What’s on this week‘.

The format for the cups will mirror that of other regions announced back in January, with four cups played out over the next four months with the top points earning team from Latam heading the AWC Finals held at BlizzCon 2019 in November.

The event will follow an open qualifier as with other regions, with teams registering their interest in the weeks leading up to each cup. Selected teams will then be placed in the upper bracket with other teams dropping to the lower bracket. With only upper bracket games usually streamed.

The announcement of the AWC Latin America also brings us one region closer to having all regions announced.

Esports Insider says: Blizzard has pushed WoW esports in 2019, with support for both the AWC and MDI events. So far, this has paid off, with streams reaching consistent figures and we saw Cloud9 enter the AWC last week as they picked up NA side Super Frogs. As for LATAM, this news comes just in time for teams to prepare and show that they have what it takes to play with the very best AWC teams.