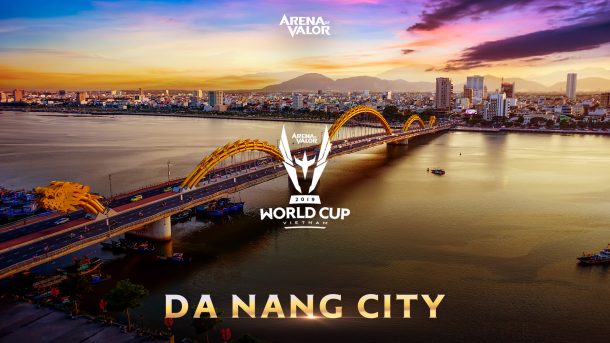 Tencent Games and Garena has announced that the Arena of Valor World Cup (AWC) will be hosted in Da Nang, Vietnam this year.

This year includes Japan as a new region, with the game recently launching its Japanese server last November. The other regions include Chinese Taipei, Thailand, Vietnam, Indonesia, Korea, Mainland China; a combined region of Singapore, Malaysia and the Philippines, as well as another combined region of North America, Europe and Latin America.

Six teams have already locked in their place for the tournament, with Vietnam, Chinese Taipei and Taiwan receiving two teams for their respective regions.

Tencent continues to invest in the esports scene, and while there have been gains in the Asian market, the game has struggled to gain a foothold in the West.

ESL has kept up with the game’s popularity, hosting the qualifiers for the Singapore, Malaysia, Philippines region in March. However, there is a distinct lack of tournaments outside of the closed circuit that Tencent is running.

Esports Insider says: Arena of Valor is clearly immensely popular within Southeast Asia and the greater Asia region, but how sustainable is it without the support of the West? The inclusion in the SEA Games is a great boon, but the game will require continued support from other parties, or else Tencent ends up shouldering the entire weight of the esports scene themselves.

ESL announce Arena of Valor ‘Clash of Nations’ in Jakarta