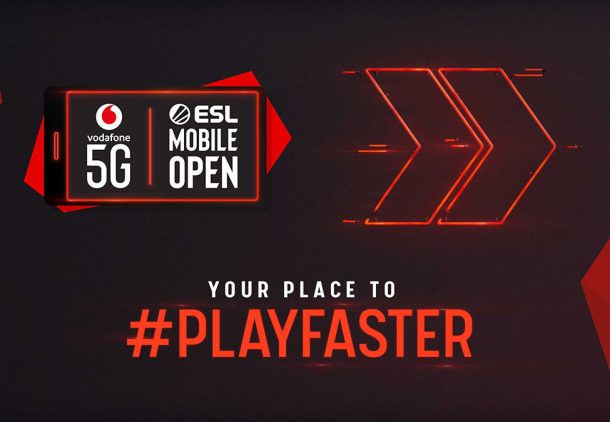 Tournament organiser ESL and telecomms company Vodafone are launching a mobile esports tournament which will have its grand final hosted on a 5G network.

Ralf Reichert, CEO at ESL discussed the initiative in a release: “Together with Vodafone we are bringing some of the top mobile games to a truly competitive esports format, building a bridge between hardcore esports enthusiasts and casual gamers. We believe in the rise of mobile esports and are thrilled to work with such an amazing partner as Vodafone on this program as they launch 5G across their markets internationally.”

The Vodafone 5G ESL Mobile Open boasts a total prize pool of €165,000 (£145,827.75), with 5G smartphones up for grabs for those who reach the grand final. It kicks off on May 31st and will run until September 29th, with players from 17 countries being eligible to compete.

Ahmed Essam, CCO of Vodafone Group also commented: “The
Vodafone 5G ESL Mobile Open is the perfect opportunity to show millions of gaming fans the potential of Vodafone’s real-time 5G network with low latency and ultra-high speeds enabling players to reach new levels of gaming performance on mobile devices anywhere. As interest and participation in eSports continues to grow exponentially, many of the key skills and aspects across gaming are useful and transferable skills in the digital workplace.”

Esports Insider says: ESL is claiming that this is the first tournament that has a live grand final that utilises a 5G network. For us, the best tournaments are fueled by great competition, a fair format, and solid production. If 5G can help with the latter than we’ll give this initiative some props, but until then it just seems like a gimmick.