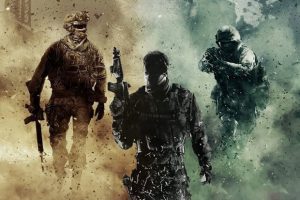 During today's earnings call, an Activision representative seemingly confirms that this year's Call of Duty (2019) will feature a single player campaign. Activision and Infinity Ward seem to have confirmed a pretty big update for the upcoming Call of Duty game. It's heavily rumored that this year's entry in the on-going FPS series will be a continuation of the Modern Warfare series - which many fans believe will be Modern Warfare 4. In an investors' call earlier this week, Activision President Rob Kostich noted that - whatever the game coming later this year is - it will have one fan-favorite element returning: a single-player story mode. "It’s going to feature an entirely new campaign, a huge and expansive multiplayer world, and of course some fun co-op gameplay." he said.