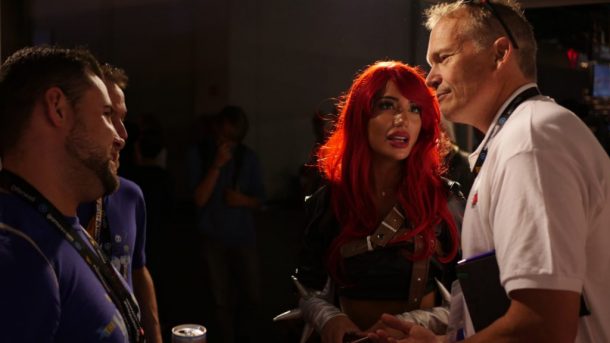 There’s undoubtedly been growth in esports betting over recent years. Entertainment and betting arguably go hand-in-hand and players are already betting on a multitude of titles ranging from Counter-Strike through to Hearthstone. In the gambling sphere, there’s barely a bookmaker now that doesn’t include esports and there’s a plethora of esports specific operators too. One thing that hasn’t quite materialised yet is betting exchanges, similar to Betfair, and this is an opportunity Esports Entertainment Group are keen to capitalise on.

A week on from the news of a big partnership with Dignitas, we spoke to Grant Johnson, CEO of Esports Entertainment Group about his Vie.gg exchange – what they’re trying to achieve – and how he sees the intersection between gambling and esports developing.

Esports Insider: Tell us about how Vie came about. As a seasoned gambling expert, your profile doesn’t fit the typical ‘gamer’ mold – so what piqued your interest in this particular area?

Grant Johnson: It all came about back in 2013 when I was doing some work with a group who wanted to get into the sports bet casino business. They asked me what was “new”. I did some research and started reading about esports. I had the good fortune to get introduced to Alex Lim. At the time he was the Secretary-General of the IeSF. He, in turn, introduced me to Ken Silva, founder, and president of EsportsCanada, who invited me to the Starcraft championship in Toronto late 2013.

I was absolutely blown away by the excitement and energy displayed by the fans at the event and the fact that the vast majority of the fans were in their 20s. I spoke to several people regarding interest in wagering and the feedback was unanimous — there was a strong interest. Effectively that was the ah-ha! moment for me. The group I was working with decided they were not interested in the sector so I decided to launch my own company at the time called VGambling, which has evolved into Esports Entertainment Group (OTCQB:GMBL). Which in turn launched Vie.gg and the bet exchange platform.

GJ: Yes, I do believe it will change and it’s already happening. I believe the fan base has to become comfortable with betting. Clearly, some already are and that number is growing rapidly. As I did my research, transparency and Player vs Player options were a constant theme in the feedback we were getting. Hence the bet exchange platform which is specifically suited for the PvP wagering.

We went the route of being a publicly traded company so that the fans, players, and bettors could see with full transparency who was behind the platform. Generally, it is almost impossible to tell with traditional betting operators who the people really are behind it.

ESI: Vie.gg is one of the only exchanges currently in esports. How important are exchanges in a betting ecosystem and do you envisage the space developing in the future?

GJ: Clearly by virtue of the fact we elected to go this way. We are strong believers in the bet exchange system. Esports is all about competing against your friends, and here the bet itself becomes a competition of knowledge which our research has told us is key to the fans of esports. The players can bet directly against each other and not have to deal with the house taking a position against them as it is in traditional betting.

As the esports community becomes more comfortable with placing a bet and they come to understand that bet exchange is a more transparent option for them, we feel in the end a significant portion of the market will prefer the exchange model. At this stage, it’s all about educating the fan base about the player versus player bet experience and that is where our main focus lies right now.

ESI: The esports market has been fragmented and regulation is fast improving with more traditional sports betting operators coming in and positioning themselves in the market. What do you see the landscape looking like five years from now? How is Vie positioned differently to these traditional sportsbook brands?

GJ: I agree that there is a great deal of change and educating taking place. The traditional sports books are offering esports in the general belief that their sportsbook player base will cross over to do some esports betting. I do think in certain titles there is some crossover, however, we think that percentage is fairly small. 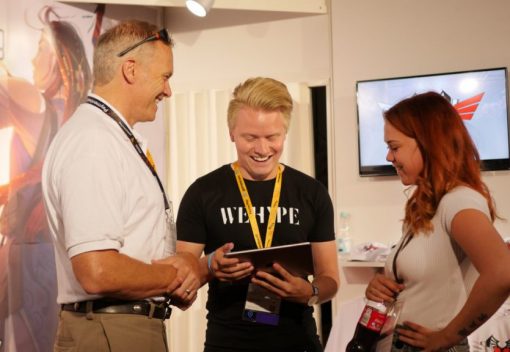 We believe a focussed effort on the esports fan specifically is key. I agree with the financial experts that the esports betting space will see explosive growth in the next five years. And I believe I have read that esports gambling could, in fact, eclipse the current size of the esports ecosystem itself. That offers huge potential.

I believe in our position as the first mover with the exchange and the transparency that comes with being public. We also believe in partnering with the esports brands that the fan base trusts and follows. Our new and exciting partnership with Dignitas will put us in a strong position to be a major beneficiary of this growth.

ESI: Vie.gg are involved with teams like Dignitas and Epsilon and other esports teams with collaborative sponsor agreements amongst other streamers and influencers. How do you leverage the relationships these offer and what can fans expect to see from these partnerships in the future?

GJ: Clearly, influencers like teams and streamers have a great deal of social exposure and connection with their followers. By aligning ourselves with these teams and brands such as Epsilon and our newest partners Dignitas, both of which have loyal long term fan bases, we are in a position to offer our product to the fans in partnership with the brands.

“I believe I have read that esports gambling could, in fact, eclipse the current size of the esports ecosystem itself. That offers huge potential”

It is a continuation of our belief in transparency and dedication to the esports industry and we feel that in the long run, it will give us an option to offer the fans a way to have confidence in and feel comfortable using Vie.gg for placing wagers when they chose to do so.

The ESI Podcast: the opportunity at the intersection of esports and gambling

VIE.gg teams up with Epsilon Esports for charity event