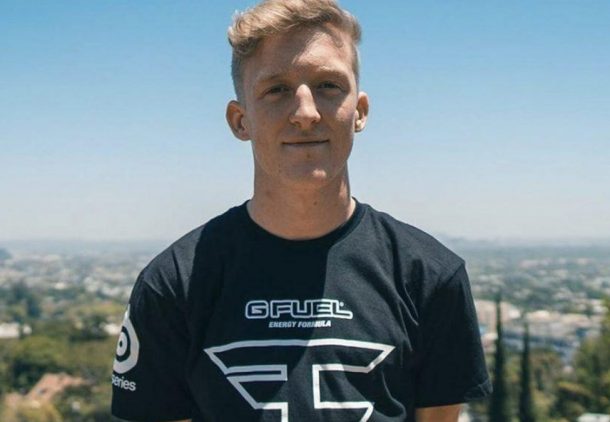 This news broke this week that professional Fortnite esports player and Twitch/YouTube personality Turner “Tfue” Tenney is suing FaZe Clan, the organisation he is contracted to.

It was news that sent shockwaves through not only the esports landscape but gaming as a whole. It was trending worldwide on Twitter. Every esports lawyer, team-owner, streamer and player had something to say about the matter. From the well-thought-out legal comments to the click-baited drama videos, everyone gave their two cents. With that though came confusion, false claims and lots and lots of arguing.

The filing named Tenney v Faze Clan by Tfue’s attorney, Bryan Freedman of Freedman + Taitelman, claims that FaZe limited his ability to pursue his profession, acted as an unlicensed talent agent and that their goal is to essentially own Tenney and other content creators/streamers and professional gamers. The 23-page document which has been released to the public outlines how FaZe has allegedly broken certain Californian statutes.

While at face value, this may seem like a standard employee-employer contract dispute, its outcome could change both the esport and gaming industries forever. Though FaZe has denied any wrong-doing — with FaZe Co-founder Ricky Banks aka FaZe Banks, in particular, hitting out at Tfue and his lawyers on social media — the litigation could effectively re-write how esport and gaming contracts work in the United States

Then on May 22nd, Tfue released his statement asking for FaZe to release his contract for the public to see and so both parties could be as transparent as possible. In the video titled ‘My Response #ReleaseTheContract’, he also states that he wanted to speak out over how esports organisations treat their talent and hopes it could help change the industry for the better. Naturally, FaZe’s head-honcho hit back again on Twitter in a series of tweets before agreeing that the contract would be indeed released to the public shortly.

So yea I’ll say it again. We ARE releasing the contract momentarily. This wasn’t about standing up for what’s right, it’s manipulative to suggest that. This was about what Tfue’s dad believed was in his best interest (leaving FaZe) and stopping at nothing to accomplish it.

As the drama and speculation went on like a G-FUEL infused version of the OC, Tfue’s alleged contract was leaked the public. For the first time, we got to see an insight into why he decided to bring legal proceedings against his employer. According to the leak from The Blast, these were some of the key parts to the contract.

The leak led to Banks openly calling the contract ‘trash’ on Twitter; a tweet which we later deleted. Then came news from Tfue’s own brother that he was looking to leave FaZe so he could start his own organisation.

With there being so much to digest surrounding Tfue vs FaZe Clan, we spoke to Josh Marcus, the Managing Partner and Co-Founder at MKM Group, a full-service law firm and management agency dedicated to esports and content creators.

Esports Insider: Do you think we will see a settlement in this case or will it go to trial?

Josh Marcus: I would love nothing more than for this matter to go to trial so that we can finally start to see some judicial input and oversight with regards to how these contracts should be structured. The lawyers who are drafting these contracts rely on both case law and legislation when we advise our clients. As more and more lawsuits go through the court system, the case law should clarify (or at least guide) how these deals can be structured in the esports-specific context.

That being said, I do not see this matter going to trial. In Ontario (my home jurisdiction), nearly 97% of all civil cases are settled prior to trial. Once the hype has died down and the litigation process begins, litigants often realise that they are better off settling (and signing confidentiality agreements with regards to the settlement) rather than airing their business practices in the public record. Similarly, it may be a situation where the contract isn’t as “oppressive” as alleged, in which case Tfue may be better off settling quietly and moving on rather than damaging his reputation in the eyes of team owners. It is hard to predict outcomes, but I would be shocked if this case did not settle.

“This could be a landmark moment for esports, but it will depend on how the situation unfolds”

ESI: Do you think this could be a landmark moment for esports contracts?

JM: This could be a landmark moment for esports, but it will depend on how the situation unfolds. There is a strong chance that if the courts are given a chance to weigh in, teams may find themselves needing to rethink their business models and contracts. I don’t think anyone would disagree that an 80/20 split in favour of a team is unfair, but these situations are rare. It is more than likely that the 80/20 split only comes into play in very limited circumstances and that Tfue’s legal team is simply highlighting one small portion of an otherwise reasonable agreement.

On the flip side, FaZe representatives took to Twitter yesterday and stated that they have only made $60,000 off of the contract with Tfue (pro tip: stay off social media when you are served with court papers). Assuming these numbers are true, this case may actually highlight the difficulties that organisations have when capitalising on their players.

If FaZe is only making $60,000 off of one of their top players, the industry may start to shift more and more towards a franchised model (such as Overwatch or League of Legends) where salaries, payouts, revenue streams, and sponsorships are more centralised and predictable.

ESI: Is this a much more common practice than the wider public are led to believe?

JM: Unfortunately, the earnings for most esports players are not public knowledge, nor are their contracts, so it is hard to say how common these clauses are. While an 80/20 split in favour of the team is likely too large (it certainly is in the court of public opinion), it is worth keeping in mind that these organisations do exist to make a profit, which is not a bad thing in a new industry.

Organisations are heavily reliant on sponsorship dollars and partnership deals as their main source of revenue. For smaller teams (i.e. Tier 2 and 3 orgs), this is a challenge considering the sheer number of teams and sponsors’ general unfamiliarity with the industry. Even though players are an essential part of the organisation, they are still ultimately seen as investments and will look to collect returns by way of a percentage of the players’ earnings. These percentages will vary, but in nearly every case the team will take at least some of a players’ earnings.

“If FaZe is only making $60,000 off of one of their top players, the industry may start to shift more and more towards a franchised model”

If one takes a look at the investment side of esports, you will see that some of the top teams are valued at over 15x their revenue. If teams are not able to deliver on their projections and the esports investment “bubble” bursts, we will start to see the amalgamation (or downfall) of a lot of the top organisations, which will lead to fewer opportunities for players.

ESI: Could there be other players in similar situations at this or other organisations?

JM: There could be (and likely are) other players in similar situations as Tfue across esports. Esports is unique in that it is accessible, like no other sport before it. You no longer have to be 6 feet, 250 pounds to compete at a professional level. However, this also means that there is a lot of strong talent in the world and very limited spots on pro teams. Without the strong industry backing that exists in traditional sports (ex. player associations), we are left in a seller’s market, where teams can afford to pass on a player if they do not agree to the terms of an offer. In some cases, players are being treated very poorly because of it.

Whatever the outcome, this is good for the professionalization of #esports. Legality of agency issue aside, many orgs toe the line on oppressive contracts. Better to have a good long term rep and brand equity than deal with these PR nightmares (see also: @echofoxgg) https://t.co/l6rhVwbXlq

ESI: How can players better safeguard themselves from situations like this?

JM: Always, always, ALWAYS have a lawyer, agent, or other representative read over your contracts before you sign. Many firms offer pro bono (no charge) contract review for players.

Players should understand their value, and not be afraid to push back on a contract term that makes them uneasy. Players will be better off growing their personal brand and waiting for the right opportunity, rather than signing a bad contract.