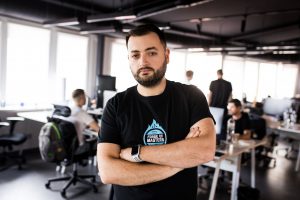 There’s little doubt that esports prize-pools are top-heavy. Take Dota 2’s The International as a prime example – and the winning team has taken home over $10,000,000 in the last two years – and looks set to do the same yet again this year. Meanwhile, below the top echelons of competition, there are players on the verge of competing with the world’s best who don’t receive a salary, nor tournament income and the esports dream is just not achievable.

WePlay! is a company aiming to address the aforementioned problem and bring esports back to the communities that each title was built upon. They target the tier 2 and tier 3 organisations and design tournaments and leagues which provide money and competition to those aspiring to reach the upper echelons of competition.

The company’s Forge of Masters has already seen success in CIS and Europe and now WePlay! is ready to take America by storm. We spoke to Yuriy Lazebnikov, co-founder and CBDO at WePlay! Esports USA to find out more.

Esports Insider: With prize-pools in tier-1 esports titles often being very favourable to the tier-1 teams, what impact do you think this has on the esports ecosystem as a whole?

Yuriy Lazebnikov: This is one of the signs of the problem impacting esports right now. A certain number of pro teams de facto receive regular preferences in the industry: getting the prize money, slots in regional qualifiers, direct invitations to the tournaments that they’ll clearly be taking the top spots. The teams who start dictating how the industry market must develop instead of paying attention to the trends that the community and regular gamers want to see. The gamers who love games, who witness the development of the industry and who kickstarted the industry thanks to their love for the games in the first place.

Overall, it’s an ecosystem, and you can’t escape it – there will always be “the best teams” who take the biggest prizes. But our goal, as a market player, is to keep it open-ended, not to allow it to become a closed-loop circle that would reduce interest and involvement of viewers as well as their desire to follow their favourite games in esports, cos nothing new happens in the competition compared to the previous year – the same teams competing against each other. The prize pool might be a little bit or significantly higher but would eventually end in the hands of pretty much the same powerhouses.

ESI: How can we help develop a grassroots scene in different regions? How is the WePlay! Forge of Masters league format going to help boost the tier-2 & 3 scenes?

YL: The goal behind our Forge of Masters League in the American and European regions is to focus on talented teams. The squads who are now called tier-2 and tier-3 and actually represent the majority of the professional esports scene. But the attention they get is deliberately diminished. It manifests itself in quality of events – low prize pools, almost zero attention from the talents (casters and analysts) and low viewership as a result. Basically, a huge dominant part of the esports market is wholly neglected at the moment, as I see it.

With the Forge of Masters League, we produce consistent and top quality content based on a giant echelon of tier-2/tier-3 teams, while giving them the opportunity to show their worth on the esports scene, win prize money and achieve higher rankings within tournaments. So to say we create an inclusive opportunity for them. At the same time, it allows the industry to grow not through mimicking or cannibalisation but a more natural route. Esports is a huge market which is still in its infancy. We kind of let the first seeds of hope to sprout as many gamers more and more often think “It’s not worth it, there are already many stars right now, everything’s already divided. We can’t reach the pro scene with our skills, $500,000 or $1,000,000 prizes are not for us”.

This is definitely NOT a story of our League. We build professional esports. For us, there is no difference whether it’s a tier-1, tier-2 or tier-3 team if they pass the qualifiers and want to be a part of large-scale esports. If they can demonstrate their talents, have the will to win, the desire to move forward, participate, create, train, change their teammates, do everything in order to become a pro team – this is the League for them.

ESI: We’ve seen the Forge of Masters series help develop up-and-coming CIS-based teams by putting them against more well-established organisations. How important do you think this is for development?

YL: The main point of the League we created in Europe, and the ideology that will be mostly carried forward in our American project was to attract the teams who are hit the glass ceiling of the current esports scene. We give them a chance to manifest themselves, come out to the professional arena, demonstrate their teams as united pro-squads that have potential, skills, capabilities and, what’s most important, strong desire to be part of the professional esports arena. 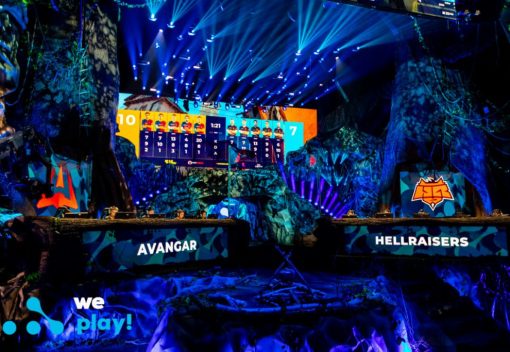 Top echelon being fully occupied by popular players should never stand in the way of young talents and their growth; otherwise, we’ll end up watching a few well-known teams playing against each other once a week. That’s a dead stop for the industry. It shouldn’t and will not go this route. If there is no new blood – new squads and talents, it can hardly be called a sport.

Forge of Masters is our move towards the proper evolution of the industry where new teams, despite their youth and lack of experience, can power through the rankings of Forge of Masters and reach the top. There they’ll meet the champions, forge against them in fights for good prize money and prove that esports is still for anyone passionate, talented and purposeful. 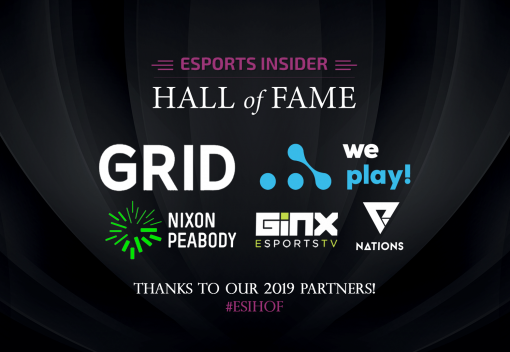