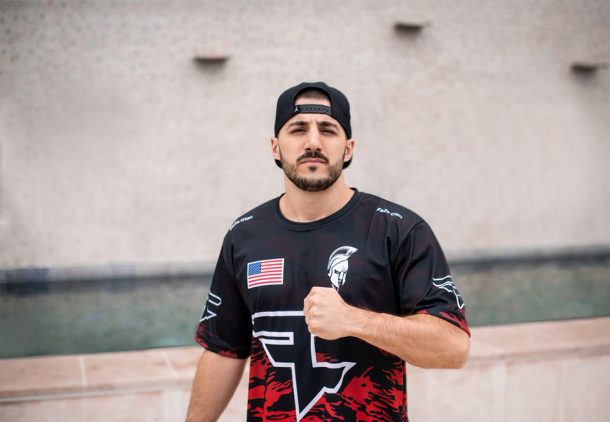 The popular personality left 100 Thieves – the organisation founded and ran by Matthew “Nadeshot” Haag – less than a week ago amid allegations that he was ‘promised’ 5% equity in the organisation and never received it.

NICKMERCS discussed the decision in a release: “When FaZe [Clan] first approached me, I was undecided about what my next move would be. Over a couple of meaningful conversations, it became clear that FaZe would be a great fit to what we’re doing. They are progressive with their ideas on how to work with talent and their vision is aligned with what we’ve been building with MFAM. I look forward to both competing for FaZe Clan and partnering with both our communities to continue to build something special for our fans.”

As well as streaming on Twitch and producing videos for YouTube, NICKMERCS is active in the competitive Fortnite scene. Having represented 100 Thieves in the past, he has previously competed in a number of official events ran by Epic Games to varying levels of success.

Justin Miclat at The Kinetic Group, NICKMERCS’ manager, also commented: “FaZe [Clan] made it crystal clear that they appreciate Nick and support his vision for the future. Based upon every conversation we’ve had with the leadership at FaZe, it feels like the right timing and a perfect fit—were excited to bring both communities together and work with them.”