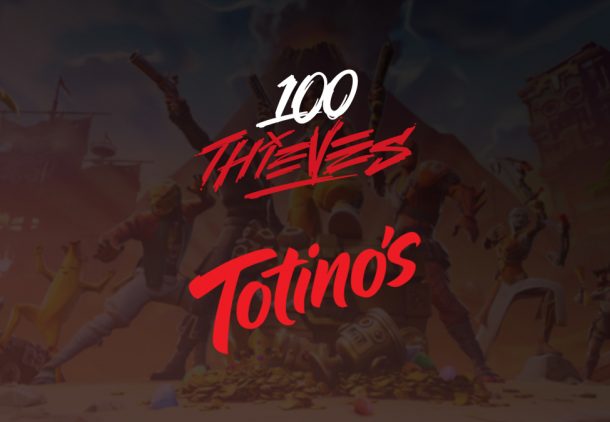 The sponsorship includes a living and training facility named the ‘Totino’s World Cup House’ and a 10-week content series, ‘Loot’.

The Totino’s World Cup House will act as the home of three Fortnite players that represent the organisation, with the aforementioned content series focusing on how the Battle Royale title has changed their lives. This move coincides with the lead up to Epic Games’ Fortnite World Cup, which will boast a $30 million (£23 million) prize pool.

Matthew “Nadeshot” Haag, Founder and CEO of 100 Thieves commented in a release: “Totino’s has been an incredible partner for our Call of Duty team and [02100] docuseries, so we couldn’t be happier that the company is now a presenting sponsor of our Fortnite team as well. The Atlanta house will allow our professional players to practice the same way they’ll compete, and the Loot series will give our fans a closer look at their journeys to success. We’re stoked – we can’t wait for what’s next for our Fortnite team.”

100 Thieves welcomed Totino’s as the founding partner of its Call of Duty team and launched a docuseries focusing on the squad called [02100] in February. The frozen pizza brand also sponsors the Pittsburgh Knights.

Esports Insider says: Totino’s appears to be happy with the response to its sponsorship of 100 Thieves’ Call of Duty team, which is always a nice sign. The Fortnite World Cup will distribute an eye-watering amount of money so documenting the process of attempting to qualify for – and win – the event could make for some compelling content.