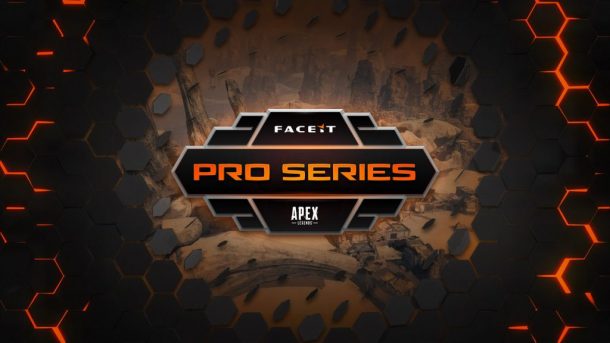 The series will see sixteen esports organisations showcase their brand new Apex Legends rosters as they compete in a points-based series across eight $5,000 tournaments throughout the summer. An additional $10,000 seasonal prize pool will also be up for grabs for the overall highest scoring team.

The first event in the FACEIT Pro Series: Apex Legends kicks off at 2PM PST/5PM EST on May 31st and will run for four hours. At each event, one team will compete and broadcast from the FACEIT Studios in LA while the others compete online via the FACEIT platform.

The entirety of the series will be broadcast live on the FACEIT TV Twitch channel, and all players will also be streaming on their own Twitch channels. The series will feature commentary and analysis from FACEIT CS:GO dream team James Bardolph and Daniel ‘DDK’ Kapadia live from LA, with more talent to be revealed soon.

“This is the first event where these titans of the esports industry can really show what their Apex Legends rosters are made of and we’re thrilled to play a part in establishing the competitive ecosystem for one of the most exciting titles in the world right now,” said Michele Attisani, Co-Founder & CBO of FACEIT.

“We’ve created a dynamic setup which will split the broadcast between the teams streaming online and the team and broadcast talent in our studio in Santa Monica for a seamless viewer experience for fans.”

Additionally, The FACEIT Pro Series: Apex Legends qualifier will take place from May 29th-30th and will feature twenty teams selected from the Apex Pro Discord. The teams will compete across twenty matches, and the top two teams will qualify for the series.

The FACEIT Pro Series: Apex Legends follows on from the success of the T1 x FACEIT Apex Legends Invitational in March.

Esports Insider says: Finally, we are going to see some Apex Legends esports in action. With every big esports organisation picking up players fresh out of the launch, we expect these teams to be stacked! With the hype surrounding Apex starting to die down, we wonder what kinda viewing figures a tournament like this will get.