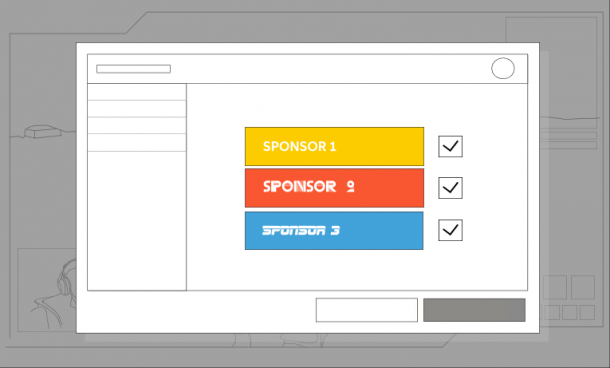 They hope that their deeper dive into esports can help solve the marketing problem faced by many: how to effectively manage sponsorships by seamlessly adding, editing or removing brand-driven integration.

According to Esports Charts, the top ten most-watched Twitch accounts in March 2019 had a combined 72.37 million hours watched. Of the top ten, six of the accounts were solo-content creators, with esports tournaments making up the rest. And Goldman Sachs revealed that the projected global audience of esports in 2019 would reach 194 million. Given this, teams and partners are looking for more ways to get eyes on which is where GumGum’s latest product comes in.

The firm’s latest product is a self-service esports sponsorship management platform that allows for teams to configure sponsorships during gameplay without impacting a live stream. Traditionally, streams would be interrupted when streamers decided to run sponsor placements which could impact the users’ experience and, in turn, potentially the overall performance.

GumGum’s platform will give both brands and streamers (from orgs to individuals) keener insights into how well specific sponsorships are working. This information should allow for more successful and targeted sponsorship campaigns from a brand’s perspective, and more sponsorship opportunities for organisations. The platform is easy to integrate with major streaming software such as OBS and XSplit, meaning it should be a painless experience for even independent and new streamers to utilise.

“GumGum believes that esports, like digital media, should become a programmatic driven marketplace”

Discussing the new platform, GumGum Sports General Manager, Brian Kim told Esports Insider: “In the end, it’s about increasing revenue; and this product helps our partners analyse how much they’re delivering to each team or sponsor, as well as quickly being able to adjust CPMs (cost per thousand) and see how much incremental inventory is available for them to monetise.”

TSM has successfully beta-tested the software for several months and have been able to customise and schedule sponsorships to run for set dates. GumGum’s platform also provides detailed hourly and second-by-second reporting, providing the organisation with a daily gamer dashboard, insights into concurrent viewers, impressions delivered per sponsor, timestamps for each sponsor.

According to GumGum CEO, Phil Schraeder, this esports sponsorship management offering falls right in line with the company’s broader mission of mining untapped value in the digital marketing and sports industries.

“GumGum believes that esports, like digital media, should become a programmatic driven marketplace and this launch represents a major first step toward that goal,” Mr Schraeder said, adding: “The next step will be implementing the buy side system we’re developing, which will allow agencies and brands to set up and bid for sponsorships across streamers.”

GumGum, which has offices in Los Angeles and London, has already been making waves in traditional sports marketing, building a $100 million (£76.39M) company thanks to working with teams, leagues and brands across a variety of sports, including the NFL, NBA, MLB, NHL and the English Premier League. However, they have done some intensive work in esports too, working with the likes of 100 Thieves and Dignitas, some of the most prominent organisations around.

Esports Insider says: Anything that allows for streamers and teams to better monetise their live streams is a good thing. With GumGum’s previous work with the likes of the Premier League and NBA and those leagues’ moves in esports, we can expect to see more partnerships springing up in the future. It’ll be interesting to see if more brands make a shift to spending their dollars on Twitch, YouTube and other streaming platforms, rather than more traditional marketing routes if they see it as bringing about a better ROI.

Disclaimer:- We have partnered with GumGum to produce a four-part series promoting and discussing this new product, and its potential for esports organisations and brands alike.