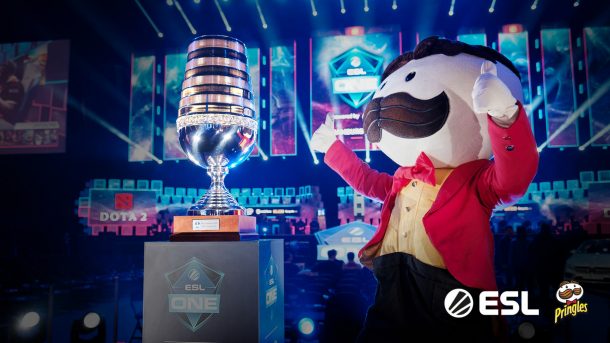 After another successful year of partnership, Pringles® has extended its deal with ESL. The deal has also expanded to now include several national and international esports tournaments across the Central and Eastern European region and the Nordics – as well as ESL One Cologne.

The expansion comes as a result of last year’s success, with Pringles® to feature prominently across other ESL leagues and tournaments such as the ESL Southeast European Championship and European Masters. According to the release, Pringles® will be present across most of ESL tournaments in the European region.

The announcement also teases a ‘variety of activations’, each tailored specifically for the esports community. This will come on top of existing activations, such as logo presence across events, product placements and an ‘activation area’ at events – including an esports fan edition.

Pringles® will continue to be supported by the agency Jung von Matt/SPORTS, which has managed the esports partnerships of Pringles® and their activations in both 2017 and 2018

Based on last year’s successes, the partnership between Pringles® and ESL will not only be extended but also expanded to other leagues and tournaments such as ESL Southeast Europe Championship and European Masters. Thereby Pringles® sponsors most of the ESL tournaments in Europe. In addition to existing activations such as logo presence, product placements and an activation area including an esports fan edition on live competitions, the esports community can look forward to a variety of other activations, which were designed specifically for fans.

Dominik Schafhaupt, Marketing Manager Snacks Northern Europe commented: “2018 was a very successful year for Pringles® in Northern Europe. Especially in the field of esports we see a great development of brand perception and get very positive reactions from the community. Therefore, we decided to expand our foot print together with the ESL not only geographically but also qualitatively. At the moment we are finalising new concepts with which we would like to address the community with even more relevant communication and activations, on-the-ground at events but also digital. We are very excited about how the community reacts to our new approaches!”

“With its valuable commitment and strong presence last year, Pringles® significantly added value for fans at numerous ESL tournaments,” said Bernhard Mogk, SVP Global Sales and Business Development at ESL. He continued “With integrated concepts, we will continue to promote the development of the esports together in the future. The expansion of the partnership demonstrates how well we’ve opened up to non-endemic brands over the past few years and promises a continuously strong development that will benefit fans and players alike. Pringles® has the perfect approach here.”

Esports Insider says: Great news for anyone that’s a fan of Sour Cream & Onion as Pringles® not only extends, but expands its partnership with ESL. It’s not only testament to the success of the first two years of partnership – but now the sponsorship seeping down to national leagues can only be good for the overall development of the esports ecosystem.