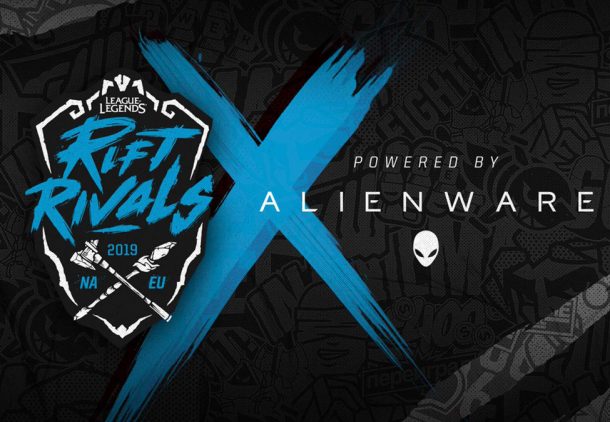 Riot Games has brought in gaming computer company Alienware as the presenting sponsor of Rift Rivals: North America vs. Europe.

Matt Archambault, Head of Esports Partnerships & Business Development for North America at Riot Games discussed the sponsorship: “As an integral partner across the League of Legends and esports ecosystem, we’re delighted to have Alienware become the first-ever presenting sponsor of Rift Rivals. Given their commitments to both the LCS and LEC leagues, in addition to Global Events, we’re eager to level-up the event as our own Ryder Cup, complete with unique activations for both onsite fans and our viewers.”

Taking place in Los Angeles, Rift Rivals: NA vs. EU will see the top three teams from both the LCS and LEC compete against each other over June 27-29th. Alienware will host its own fan event: an official watch party where fans can meet with professional players.

Bryan DeZayas, Director of Marketing & Esports at Dell added: “As a partner collaborating actively with both the LCS and LEC, we are excited to expand our commitment to the League esports community through the support of Rift Rivals. We believe that with the success of Europe and North America at MSI, as well as the debut of features like ProView, this will be one of the most entertaining Rift Rivals to date. We’re excited to watch the matchups between the top two regions in the world and we look forward to seeing everyone at the watch party.”

Esports Insider says: Alienware is a huge presence in Western League of Legends, having already been involved with LCS and LEC, so it makes sense for it to get involved with the event that’s effectively the intersection between the two competitions and regions.