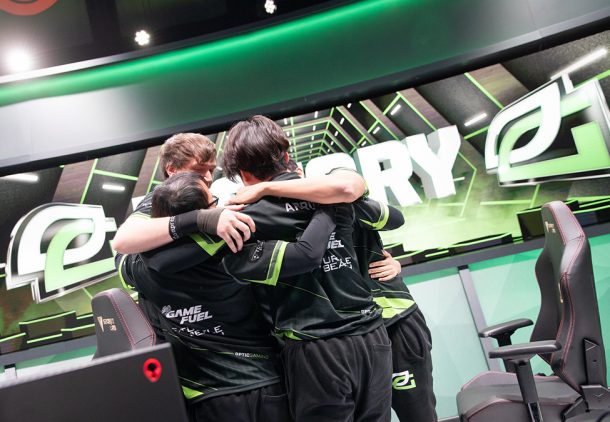 Infinite Esports & Entertainment‘s purchase is close to being a done deal with a meeting next Monday revealing the outcome, sources have told Esports Insider.

Esports Insider can confirm reports that surfaced earlier in the week regarding a meeting that took place between Ari Segal, CEO of Immortals, Neil Leibman, and Hector “H3CZ” Rodriguez, CEO of OpTic Gaming. The discussion involved Segal gauging whether Rodriguez would be interested in a potential role should Immortals Gaming Club be successful.

It’s currently a two-horse race when it comes to parties being in the running to acquire the company, with Immortals Gaming Club going up against Rodriguez and Chris Chaney, Founder and Co-owner of Infinite Esports & Entertainment. The exact outcome of Wednesday’s meeting hasn’t been made known to all parties at the time of writing, though the impending meeting will indeed be the source of the decision.

Earlier this week, Esports Insider reported that Immortals Gaming Club was “very likely” to be successful in the purchase of the majority share. Should the company prove successful in its bid, it’s expected to set up a holding company for Overwatch League franchise Houston Outlaws while it attempts to sell it – reported ownership rules means it can’t retain the brand as it already owns Los Angeles Valiant.

If Rodriquez and Chaney are unsuccessful in their attempt to purchase majority ownership in Infinite Esports & Entertainment then it’s expected that they would attempt to acquire a spot in Activision Blizzard‘s upcoming franchised Call of Duty league, according to sources.

Esports Insider says: It appears that this situation is going the way that it was expected to earlier in the week, though it’s not quite over just yet. It’s hard to predict what Immortals Gaming Club would do with the OpTic Gaming brand should the deal go in its favour but it’s even harder to see an outcome where the organisations remains fully intact.