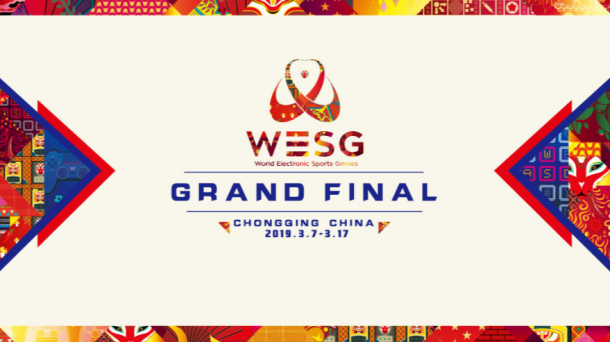 This week our main focus is on the 2018 World Electronic Sports Games, specifically the men’s and women’s CS:GO events. With action all week and the finals on the 17th in China, the event looks set to be a cracker. Our third pick this week is something new for us, we head to Paris for the start of the 2019 Gran Turismo World Tour – with its three cups and individual and team formats, the event is sure to be something a bit different for esports fans.

Time for more CS:GO action, this time we head to Chongqing, China for the WESG 2018 event. The event features teams from around the world representing their region with the likes of Team Russian, Valiance (Serbia), G2 Esports (West Europe), Denial Esports (South Africa), Panda Gaming (China) and OpTic Gaming (Northern Europe) are the notable teams plus the two invited teams, Fnatic and MIBR.

The group stage, which will wrap up on the 12th of March – features four teams per group with each team playing each other once, with the top two moving to Playoffs. The Playoff round will start on March 13th and end on March 17th and feature a single-elimination bracket with all matches played in a Bo3.

Sticking with WESG and CS:GO, we head over to the female event. The event starts on March 13th with the one-day group stage, two groups of four teams playing each other once in a Bo2 format. From the 14th till the 17th, the top two teams from each group will play in the Playoff portion, which will feature a single-elimination bracket on a Bo3 format.

We like to include something a little different from time-to-time on “What’s on this week” and this week seems like the perfect time to do just that. The Gran Turismo World Tour kicks off its 2019 season after a successful first season in 2018. The series is one of the most legendary in sim racing and has been a staple in the sim racing esports scene alongside F1 and iRacing.

The event will take place over two days in Paris this weekend. Gran Turismo World Tours esports aspect follows a similar path to how the game works in multiplayer. With the event split into a Nations Cup, individual competitor series and a Manufacturer Series. Which means one person can represent themselves, their nation and their car manufacturer of choice.

*news regarding the event is a little light, this article will be updated with more information closer to the event.