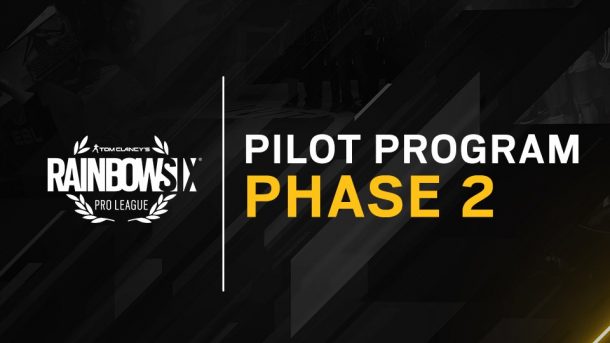 Up to 16 teams that compete in the Rainbow Six Siege Pro League will be supported for Phase 2 of the program – which is expected to run from June 2019 to May 2020.

For Phase 2 of the pilot program – in addition to supporting more teams from the Pro League – Ubisoft plans to incentivise performance from both players and teams, and will open up the program to teams outside of the Rainbow Six Siege ecosystem.

Each of the eleven teams from the first phase, as well as any new organisation that wants to get involved in the program, will need to submit applications to be considered for inclusion.

The revenue-sharing comes from branded in-game items being purchased by players of the game, giving 30 percent of the net revenue to the team whose branding is on the item. 30 percent of that revenue will be designated to players.

On the lead up to the Six Invitational, 30 percent of net revenues from the in-game Road to SI event will go towards the event’s prize pool. When a team in the pilot program places in the money at the Invitational, the money from the event will be split 50/50 between the organisation and its players.

Esports Insider says: This is great news. We’re a fan of revenue-sharing initiatives such as this as it supports organisations and players that don’t have significant funding, it’s awesome to see that more teams – both in and out of the Pro League – are now eligible to apply.